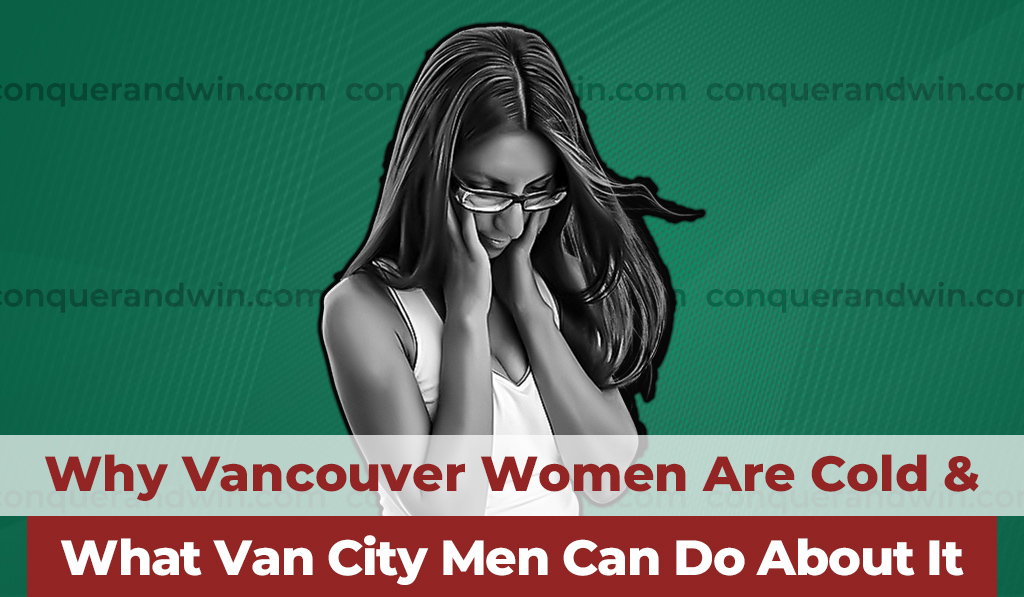 The verdict is in; Vancouver women are unapproachable, cold hearted kitten kickers.

At least that’s the impression I get every time I see another shitty article about dating in Vancouver or hear from a guy who has NEVER attempted to approach a woman.

It’s far, far easier just to say that women in Vancouver are unapproachable, mean, or cold than it is to learn the kind of take charge dating skills that this city demands.

Don’t believe the hype: the media here is feeding into this negative attitude about dating in Vancouver, and buying into it is a surefire way to make sure you stay single and frustrated.

The single best way to overcome the so called dating scene chill is to take 100% responsibility for your own personal life. Absolutely everything.

That relationship that didn’t work out because “she was a bitch”, own it because you chose her.

That girl who walked away coldly when you tried to start a conversation; your opening may not have been good, or your body language could of been off. Take charge and have a laugh about it.

You’ve been single for the last two years; what have you done to become a better man that women would consider a real catch? Figure it out and invest into making yourself more valuable.

Whatever it is, whatever shortcoming there may be, the common denominator is always going to be you. Men who realize this can avoid being pawns to negative, conditioned emotions.

Owning your results in dating 100% means you can have control to change your circumstances.

The idea that dating in Vancouver is “tough” perpetuates helplessness and dependence on matchmakers, bars, clubs, and online dating.

We can’t guess what someones personality is like when we see them walking down the street. Most people walk around with either a poker face, or a “resting bitch face” which doesn’t demonstrate who they are.

If you avoid meeting the great women that live in this city because you think they’re cold, then you’re conning yourself out of some great experiences, and relationships. Don’t be an amateur psychic by trying to guess a woman’s personality before even talking to her.

If Vancouver women aren’t cold then that opens up the possibilities for you to meet any woman you see because you can approach fearlessly. It’s a matter of learning how to do that, and building your confidence so you can take action on your desires.

So all in all, if you want Vancouver women to warm up to you, it’s  time to learn how to introduce yourself in a way which warms them up, instantly.

If you want to learn the art of the approach and start meeting women on your own terms, click here.

Aaron Marino (AlphaM) Interview: How to Become a Successful Man »

Please log in again. The login page will open in a new tab. After logging in you can close it and return to this page.